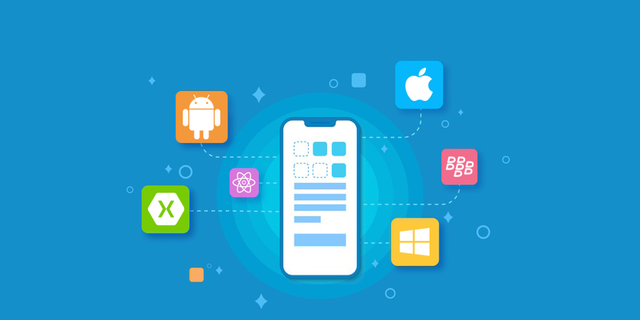 Although it is a constant debate that has kept the community divided for years. Some experts still favour native over cross-platform while on the other hand, companies like Uber are coming with their cross-platform framework to rewrite their driver app.

Here are some noticeable differences between native and cross-platform applications:

The biggest upside that hybrid app development offers is the reusability of code. Since a single code can be used over multiple platforms, it saves a lot of time and efforts.

Hybrid apps have a wide market reach and offer a shorter time to the market. Also, it saves a lot of market efforts as the app is available on multiple platforms.

Integrating to the cloud environment is really easy with the cross-platform applications as they offer universal compatibility.

Cross-platform applications are consistent in nature as they offer the same interface over every platform and also they yield compatibility with the UI components of a device.

Basic steps involved in the Development of a Cross-platform Application

Step 1: Choose a development tool for your application

For rendering a unique user experience it is important to address the needs of diverse platforms and UI guidelines. Before building the app it’s better if the developer is familiar with how the app operates on each platform so that they do not have to face any troubles later. Also having a deep understanding of how to navigate the cores of the platform to ensure it is handy enough is also crucial.

The straightforward approach for medium scale projects is to use a single API to deploy platform-specific mobile applications for iOS, Android and Web, however, this approach might result in bottleneck problem. It is better if the developers tailor an API service to the specific requirements by decoupling the API from other existing API services. 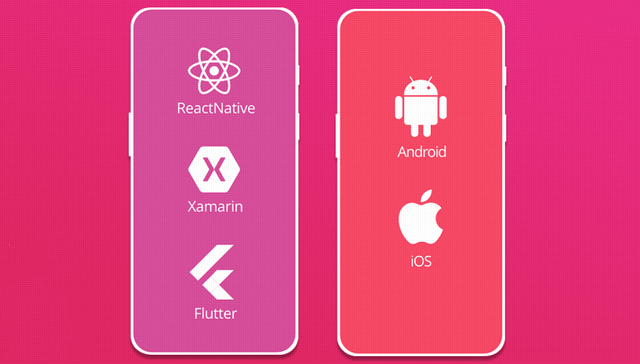 An approach known as dedicated API service can be established by exposing a set of related functionalities to the backend,  with this approach developers can change the backend API independently. It also enables developers to break interdependency between team and product.

Divergence doesn’t always mean cross-platform, sometimes its about different capabilities and features of devices on the same platform like the screen size.

Some of the platform-specific attributes:

Some of the device-specific attributes:

Testing is a critical step in your process towards developing an app, it is better to ensure your app has been tested over various dynamics and situations before it reaches the market. Testing has to be done over a wide range starting from developer-level unit testing to beta testing across a variety of hardware.

Approvals, on the other hand, might take up to a few weeks and is not much transparent, there is limited feedback on the progress until the app is rejected or approved.

Apple’s Appstore and Microsoft’s Marketplace both lock-down their devices and implement a meticulous app review process to maintain quality. Whereas Google’s Playstore and Amazon’s Appstore for Android are widely available and has no review process.

And the question which cross-platform app development tool is the best? Well, it simply depends.

Want to get yourself a digital ledger app like Khatabook?

Looking to create a mobile application with an exceptional UI/UX design?

How to Hire the Right Mobile App Development...

How Mobile App Development Can Change the Game...

Skills that a Dedicated Developer must Possess for...

Looking to create a mobile application with an...

Want to get yourself a digital ledger app...

3Edge Technovision Is Soon to Take the Centre...

Always wondered about what is up with all...