We Are Inspired By Future of Smart Technologies & Web Solution Google Play Store has taken the app world by storm. In 2019, Google announced that there were 2.5 billion active android users around the world, rendering it the biggest app economy. As a consequence, the development of an ingenious Android app inevitably ensures a steep ascent of your business merged with an augmented popularity and marketability.

At Strivemindz, we endeavour to invoke these looming possibilities by offering a plethora of custom Android app development services engineered with the empowerment of the latest tech and the sophistication of its more traditional forms, all in a prudently cost effective manner.

We have the backing of experience to lend us a stronger hand while we conceptualise, carry out a detailed market study, and reach a well researched conclusion. Our team of well rounded designers and developers implement the same using the most robust tools and techniques to create feature-packed, secure apps with ensured eye-catching UI designs for a grandiose user experience; following which our analysts provide the support needed to empower business logic and create strategies that meet your exact stipulations.

With the development of an Android app you get the sway of an easier approval and a greater audience which translates into escalated monetization and an exacerbated growth. Our dedication to quality assurance, transparency and idiosyncrasy matched with an expertise panning across various horizontal and vertical industry integrations, makes us one of the more sought after establishments trusted with the same.

Our custom app development services include every solution you might need to help your business grow. 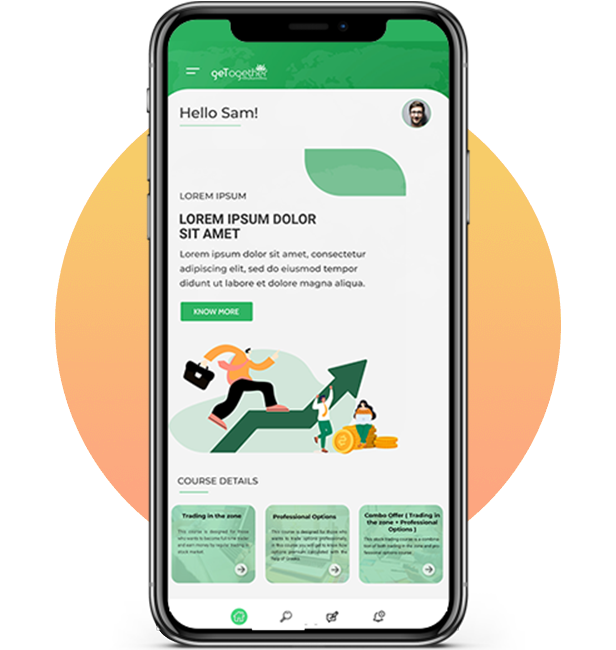 We offer astute UX/UI designs that allows for a robust and prompt functioning to coalesce with ease and convenience on the user's end.

We utilise our experience in the industry to deliver apps that not only let you certify your space in the marketplace but also reward you with timely monetization, allowing for a swift ROI.

We offer effective app integration, whether it be to create a chain of apps in your business or to merge existing APIs with apps, leading to better optimisation and a smoother workflow.

At Strivemindz, an uncompromised quality in the delivered product, regardless of the ask, is our prime forte.

We form an allegiance with our clients even post product delivery, and are always ready with top-notch assistance in any app maintenance or updates you deem fit.

We possess the know- how on easy migration of apps from one environment to another, for increased productivity, agility and scalability. Our team majors in providing an exclusive wide range of industry verticals and niches. Always keep in mind to consider strivemindz if you ever come down to build an application as it is the best suitable match for you. We offer all possible techniques and equipment including advanced App Development Solutions for all of your development needs. We understand every company’s troubles thoroughly and are therefore geared towards the flourishing success of your products.

Find out about how our services can be integrated into your business.

The First Step is Easy!

Parental Control App is one of it's kind and helps spouses to manage the alimony amount after their divorce. This app will calculate the outstanding amount and one can transfer the amount by using this app. They can chat with each other and add notes while transferring the amount to each other. Battery Mobile App is a market place for Automobile Batteries, scrap batteries, Petrol, etc. Battery Mobile App allows an automobile consumer to easily find the battery model that fits their vehicles, order and get them delivered and fitted at door steps at their convenient time. Battery Mobile App is bringing complete convenience and reliability for automobile owners in replacing and servicing their vehicle batteries, petrol, etc. Automobile owner can now avoid paying high prices and long waiting times at their service showrooms, avoid going to unreliable and unprofessional mechanic shops and dealers for any battery related issues.

Not just a design agency or CGI studio that want to make things look pretty, we are way more than that. We are a team of specialists. We are strategists, artists, consultants, creatives and experts, all under one roof. Our commercial understanding and experience set us apart. CFL is responsible for providing export, import and screening services for courier companies and provides a fully equipped facility for ground handlers and airlines. We layout a strong and efficient foundation for cognitive business by working with rapidly evolving complex technologies and everyday growing business environment to offer an excellent project performance.

What Our Client Says

"I would recommend Strivemindz for the Professional web developers.Their developers are proficient with a friendly attitude and fast turnaround. I am very happy with the work they have done for me

"We couldn't be more pleased with the website created for us by Strivemindz. It is current, attractive, and super easy to navigate. Since we maintain and edit our own website, ease of use on the administrative end was important as well.

"Excellent work, highly recommended. Developed Fixed my website as instructed in a professional and timely manner. Thank you very much: 3Egde Technovision

They delivered a quality project, provided good service, and were very knowledgeable. I recommend Strivemindz for your next project.

Get in touch with us and discuss the needs and requirements of your project. Why to just wish, but to start something of your own with strivemindz this summer! A Guide to How Coronavirus has led to an Exponential Increase in Delivery Business. Skills that a Dedicated Developer must Possess for a Successful Product Development. Got a project in mind?